Mickey Jupp’s best known band is called Legend, appropriate because, the singer is a bit of a legend himself. He is famed for such albums as ‘Juppanese’ and 1971’s ‘Legend’ also known as ‘Red Boot’ thanks to its distinctive cover design. But who is the man who once epitomised down to earth British rock’n’roll?
Mickey Jupp was born on March 6, 1944 in Worthing, Sussex. After leaving art college in 1962 began singing and playing piano and guitar with several groups in Southend, Essex, where he then lived. Among his earliest R&B groups was the Orioles who performed from 1963 to 1965 but never recorded.
After a break from music he formed Legend in 1968 and the band was signed to Bell Records. Their ‘Legend’ album mixed pop, rockabilly and blues. The original band split up soon after the release of the album and Juppy put together a new line up with Mo Witham on guitar, John Bobin on bass and Bill Fifield on drums.
The revised band signed to the Vertigo label and produced a second album in 1970, also known as ‘Legend’ and thus referred to as ‘Red Boot’ to avoid confusion. Bill Fifield eventually left the group and joined Marc Bolan in T.Rex, when he became known as Bill Legend. He was replaced in Legend by Bob Clouter, ex-Orioles and this line up recorded a second Vertigo album ‘Moonshine’ (1971).
Eventually Legend broke up and Juppy returned to the music business in 1978 when he signed to Stiff Records and released his solo album ‘Juppanese’ produced by Nick Lowe and Gary Brooker. He went on to release another seven solo albums and his songs have been recorded by many artists from Elkie Brooks to Dave Edmunds and Dr. Feelgood. Mickey is now retired from the music business and lives in the village of Boot in the Lake District where he moved in 1983 and runs an art gallery and craft shop.
Find out more about Mickey Jupp in his website Kiss Me Quick, Squeeze Me Slow - The Collection 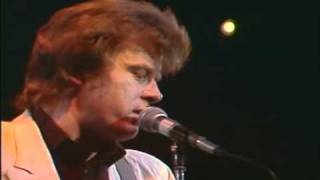