Phil May: Tributes and Obituaries

"Very sad news, he was a very talented guy and he will be sorely missed. I'm shocked," tweeted Kinks guitarist Dave Davies.

Phil May, the frontman of The Pretty Things, has died aged 75 after suffering complications from emergency hip surgery. https://t.co/DICdghxlMo — BBC Radio 6 Music (@BBC6Music) May 16, 2020

Blasting “Rosalyn” across the flat in memory of the Pretty Things vocalist Phil May who’s sadly passed away...https://t.co/LCMIpxxFWS

Always reminds me of the early days of XFM where it was a massive fave rave.
✊ pic.twitter.com/o4uIUETI93

RIP to The Pretty Things vocalist and lyricist, Phil May. Without him, it is doubtful we’d have had “Tommy” (1969) or “The Wall” (1979). “S.F. Sorrow” (1968) is one of the great concept albums. Not prog, but it certainly was progressive. pic.twitter.com/g1grzIwrXR

“As the singer and chief songwriter of the Pretty Things, Phil May, who has died aged 75 from complications following hip surgery after a cycling accident, achieved a status in pop history out of all proportion to his group’s record sales. The Pretty Things were outlandish and endlessly inventive, and inspired any number of punk, indie and glam-rock bands.”

Peer Music:
“It is with deep sadness that we have learned of Phil May’s passing. peermusic has been proud to be associated with Phil and The Pretty Things for over six decades. Our condolences to the May family, friends and fans around the world.”  Nigel Elderton, peermusic European President

John Challis (Boycie – Only Fools & Horses)
“Farewell to Phil May, frontman of the Pretty Things.”

Dave Depper – Death Cab For Cutie:
“Losing grand masters of art every day, but at least there’s a good excuse to listen to what they’ve left us. RIP Phil May and thanks for one of my favorite albums of all time.” 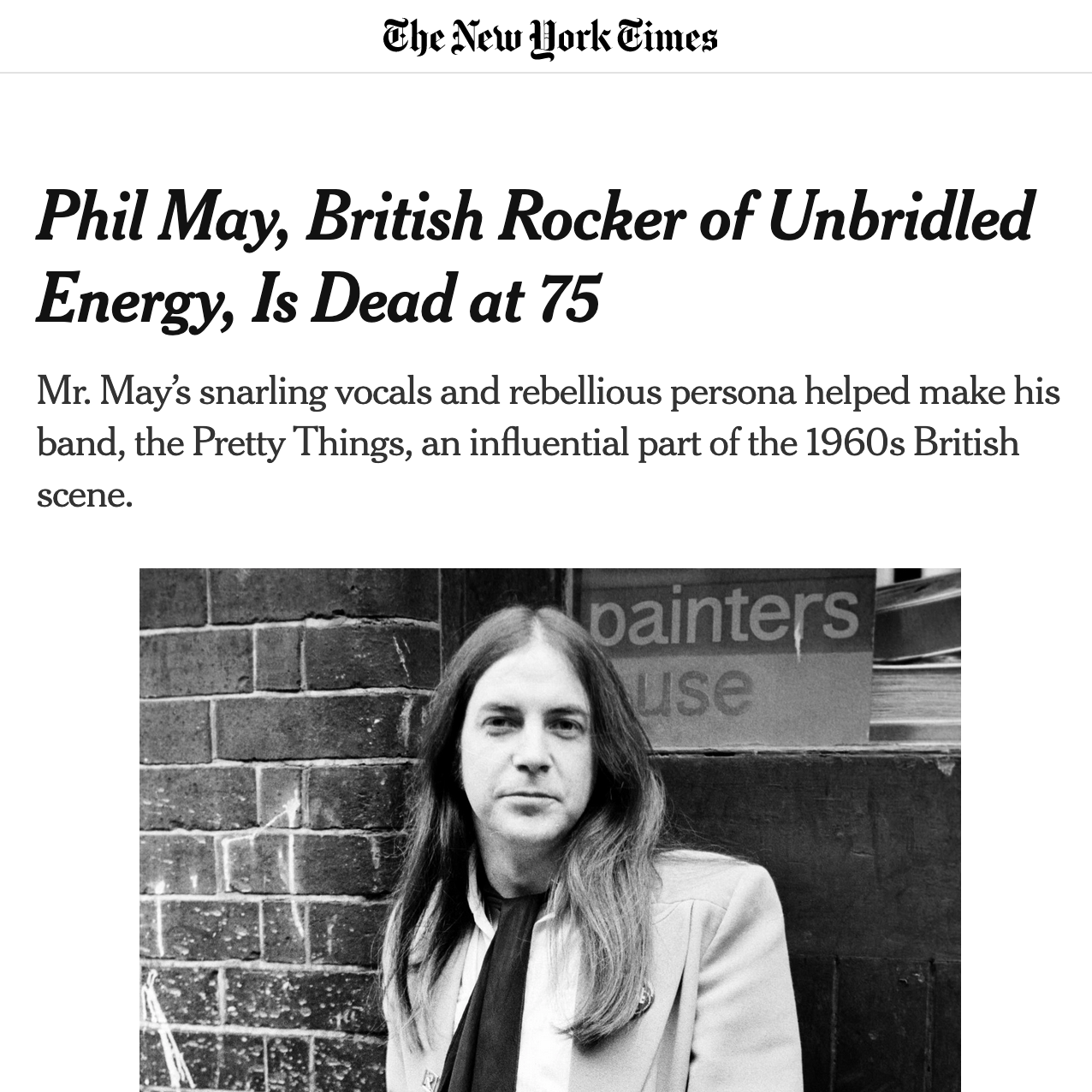 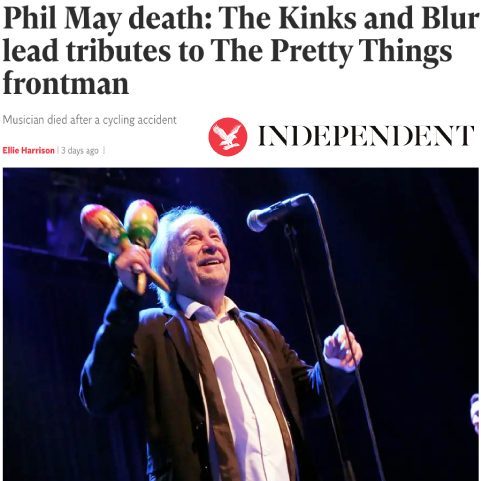 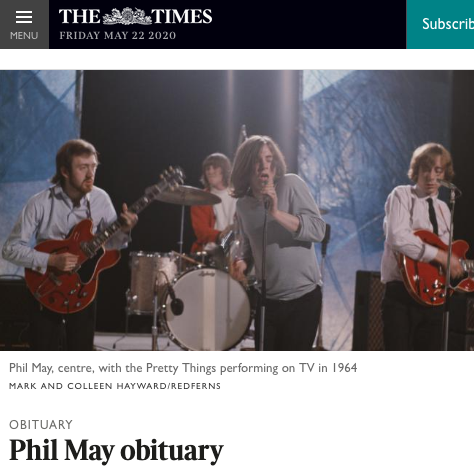