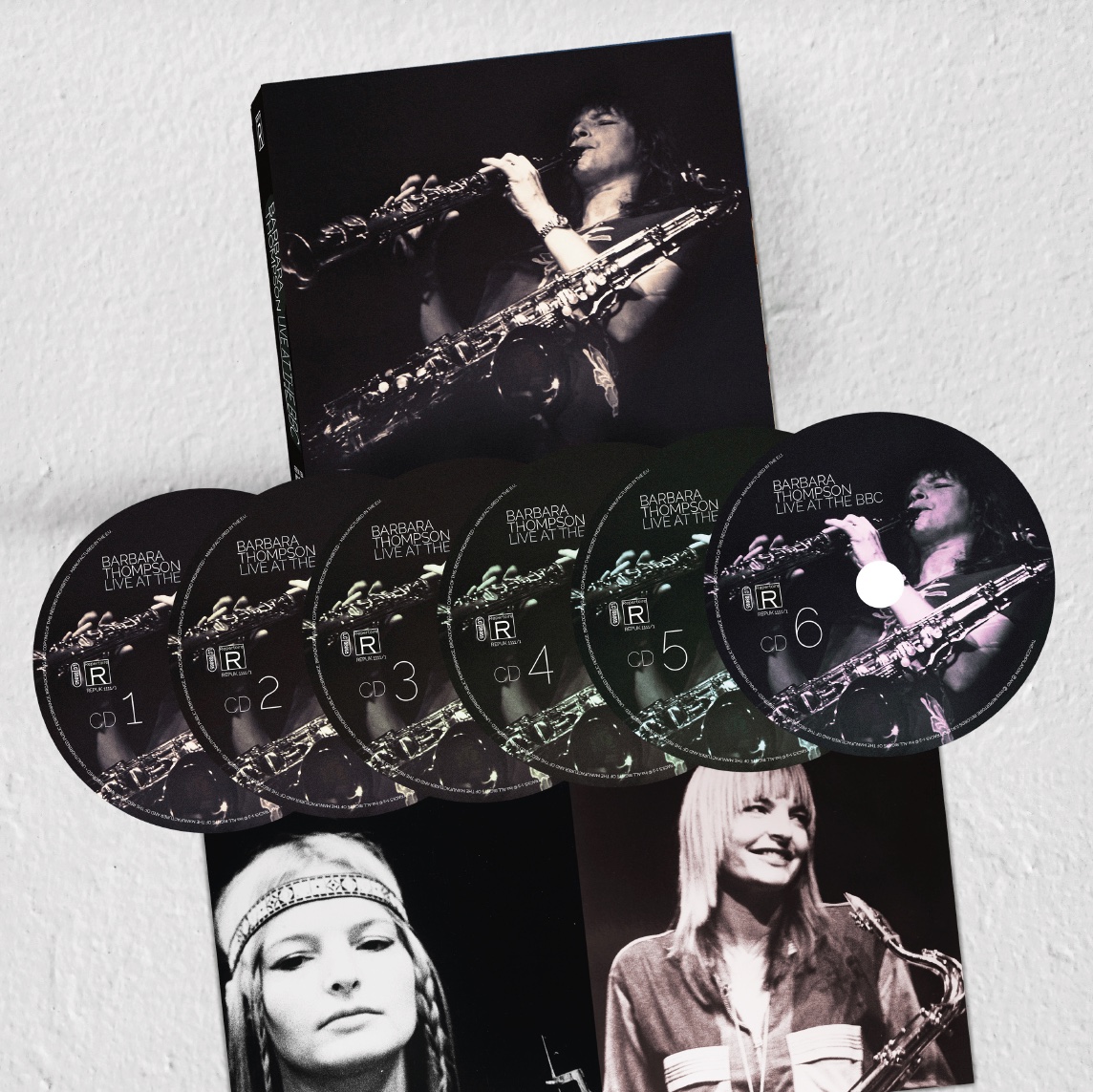 This previously hidden treasure trove of Barbara Thompson recordings amounts to twelve CDs containing more than 20 years’ complete radio programmes recorded and broadcast by the BBC. Many come from Barbara’s own tapes, preserved by her husband Jon Hiseman in their archive at Temple Music, while other have been gathered from private collections across Britain and Europe.

The material ranges from a live concert by the New Jazz Orchestra, introduced by Humphrey Lyttelton (from February 1969) to a set by Paraphernalia, featuring Jon Hiseman, Peter Lemer, Malcolm McFarlane and Phil Mulford, dating from June 1990. Along the way are such rare items as a set of compositions by Mike Taylor, broadcast in 1969, as a tribute following his recent death; Improvisations for Octet and Strings (1970), Five Movements for Jazz Ensemble, conducted by Neil Ardley and introduced by Ian Carr (1971); several programmes from the mid-1970s by Jubiaba – and many, many sets by Paraphernalia in its various forms remastered to the highest level with extensive liner notes by celebrated jazz critic, broadcaster and saxophonist Dave Gelly.

The release will coincide with Thompson’s new autobiography published by Jazz in Britain – a must read for all fans and Jazz Aficionados!