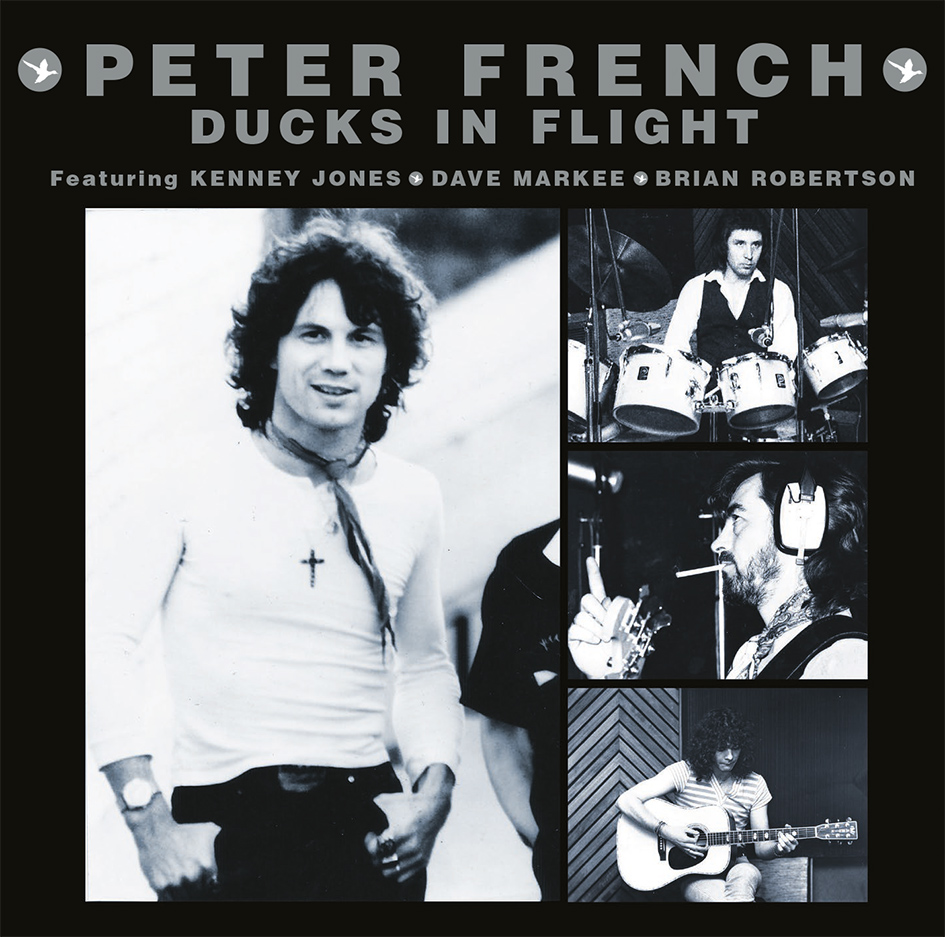 One of rock’s most powerful singers, Peter French is showcased on a solo album that is a true long lost classic. ‘Ducks In Flight’ features an all-star line-up that can only be described as a super group. It is a joy to hear them tearing into nine exciting tracks, first released in 1978 and available once more on this unmissable Repertoire CD. Peter sings with power and authority on stand-out numbers ‘Slipped and Stumbled,’ ‘Give Me Your Love,’ ‘Hold Me Take Me’ and ‘Schooldays’ all backed by the amazing Brian ‘Robbo’ Robertson of Thin Lizzy and Motorhead fame on lead guitar. Kenney Jones, fresh from the Faces and soon to join The Who, is on drums powering up the group alongside Eric Clapton’s bass guitarist Dave Markee. With a little help from their friends Micky Moody (guitar) and Tim Hinkley and Peter Wingfield (keyboards) the group create a cracking sound, captured by top Atlantic Records producer Geoff Haslam. Battersea born Peter French sang with Black Cat Bones, Atomic Rooster and Cactus before forming Leaf Hound, famed for their 1971 album ‘Growers Of Mushroom’. Still touring and recording, Peter is justly proud of ‘Ducks In Flight’. He talks about the origins of the album and what happened to the group on extensive CD liner notes, in an exclusive interview with rock journalist Chris Welch.