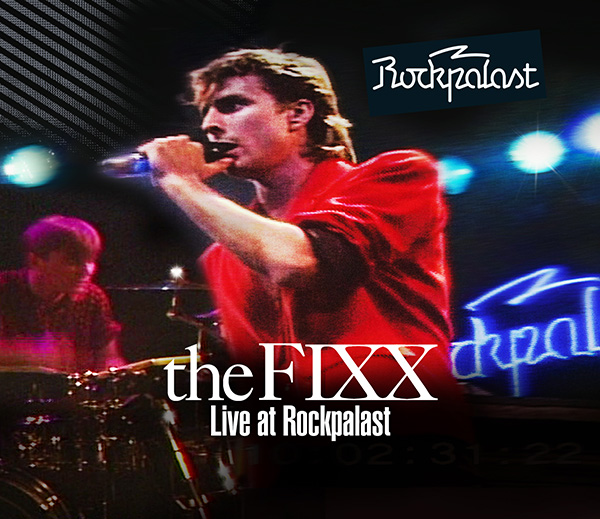 PERFORMANCE DATE: Markthalle Hamburg, 22 February 1985 The Fixx was something of an anomaly on the British music scene as the 1970s gave way to the 1980s – as they were a ‘New Wave’ quintet that enjoyed far more success in the USA and continental Europe than they did back home in the UK.

The Fixx wrote and recorded melodic, concise New Wave Rock, led by the powerful and emotive vocals of Cy Curnin, with the strong guitar work of Jamie West-Oram and keyboards of Rupert Greenall offering contrasting musical depth and texture.

The band was a mainstay of the early days of MTV, with the videos for hits such as ‘Red Skies’ and ‘Stand Or Fall’ receiving heavy rotation airplay. This, and their willingness to tour the USA, ensured that they became one of the most successful British acts in the States in the mid-1980s, and - unlike many of their 1980s contemporaries - their music has stood the test of time extremely well.

Their commercial peak came with the album ‘Reach The Beach’ (1983) and their follow-up, ‘Phantoms’, was the album being promoted when they recorded this ‘live’ session on 22nd February, 1985. It is a heady mix of the US hit singles, with choice tracks from their albums, and the DVD shows the kind of powerful performance that turned them at the time into a popular ‘live’ attraction.

The detailed liner notes include new quotes from the band.

More Releases from Fixx, The

Not found any release
« Back to Fixx, The
Toggle Sliding Bar Area