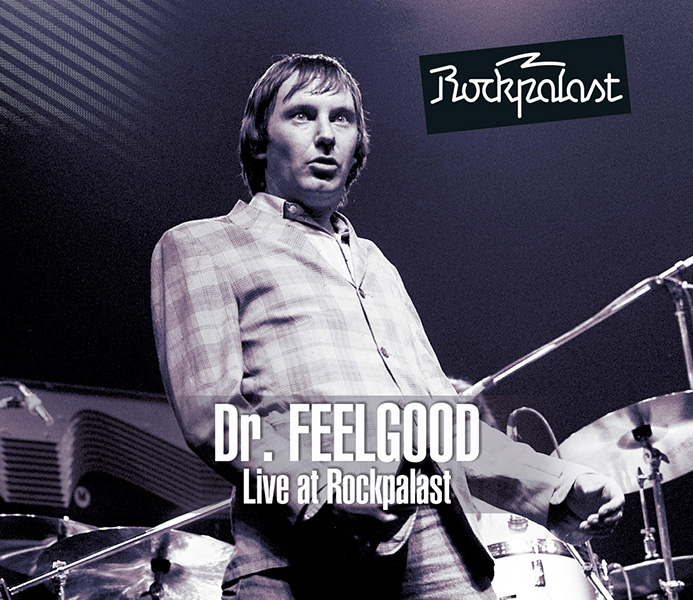 PERFORMANCE DATE: METROPOL, BERLIN, 31 OCTOBER, 1980. This appearance at the Metropol was Dr Feelgood’s only Rockpalast booking and its official release has long been sought after by fans. The legendary Canvey Island R&B band’s second classic line-up features on this set, with Lee Brilleaux (vocals, harmonica), John B. Sparkes (bass) and The Big Figure (drums) joined by guitarist John ‘Gypie’ Mayo. It was one of the last recordings of the band with John Mayo (co-writer of ‘Milk And Alcohol’ with Nick Lowe) who subsequently left in March 1981.

Features the title track from 1976’s UK No.1 album ‘Stupidity’, plus hit singles from the Mark II era ‘Milk And Alcohol’, ‘She’s A Windup’ and ‘Down At The Doctors’.

Informative booklet with twin liner notes - in English by Will Birch, noted British journalist, broadcaster, author (‘No Sleep Till Canvey Island - The Great Pub Rock Revolution’), expert on the Pub Rock and the ‘Southend Rock’ scene (of which Dr Feelgood were the leading exponents) - and in German by noted journalist and broadcaster Uli Kniep. Expertly restored and remastered. Superb vision, outstanding sound. The best in the business!

Not found any release
« Back to Dr. Feelgood
Toggle Sliding Bar Area