The more time that passed from the day in November 1971 that Jazz-rock pioneers Colosseum split up, the less likely it seemed that they would ever work together again. However, more than 40 years down the line, Jon Hiseman, Chris Farlowe, Clem Clempson, Dave Greenslade and Mark Clarke were still going strong. Tragically, Saxophonist Dick Heckstall-Smith succumbed to an 18 month long battle with ill heath and died at the end of 2004. Jon’s long time wife and internationally-renowned saxophonist Barbara Thompson stepped into his shoes through his long ordeal and became a permanent member until her retirement from public performance in 2015. Since the death of legendary drummer Jon Hiseman in 2018, Colosseum has reformed to play gigs and festivals throughout Europe.

Great interest in the re-mastered CD releases of their original albums helped persuade drummer Hiseman to give the nod for the return of Colosseum. Following a one off sold out reunion festival date in June 94 they embarked on a 60-date 1995 European tour and the release of another live CD and DVD (“Colosseum LiveS -The Reunion Concerts 1994”) featuring all the Colosseum favourites, all executed in a manner which showed they had lost none of their fire and energy.

The band’s break-up in 1971 meant their final release had been a live album which was rated as one of their finest offerings – and it is perhaps fitting that they should have kicked off the return of Colosseum with another live effort.

In the summers of 1997 and 2003 the six of them re-convened and recorded two new studio albums, “Bread & Circuses” & “Tomorrows Blues.” Then came another great live album and their latest offering “Time on our Side” released in 2012.

These albums are now available for digital download, some for the first time. See below. 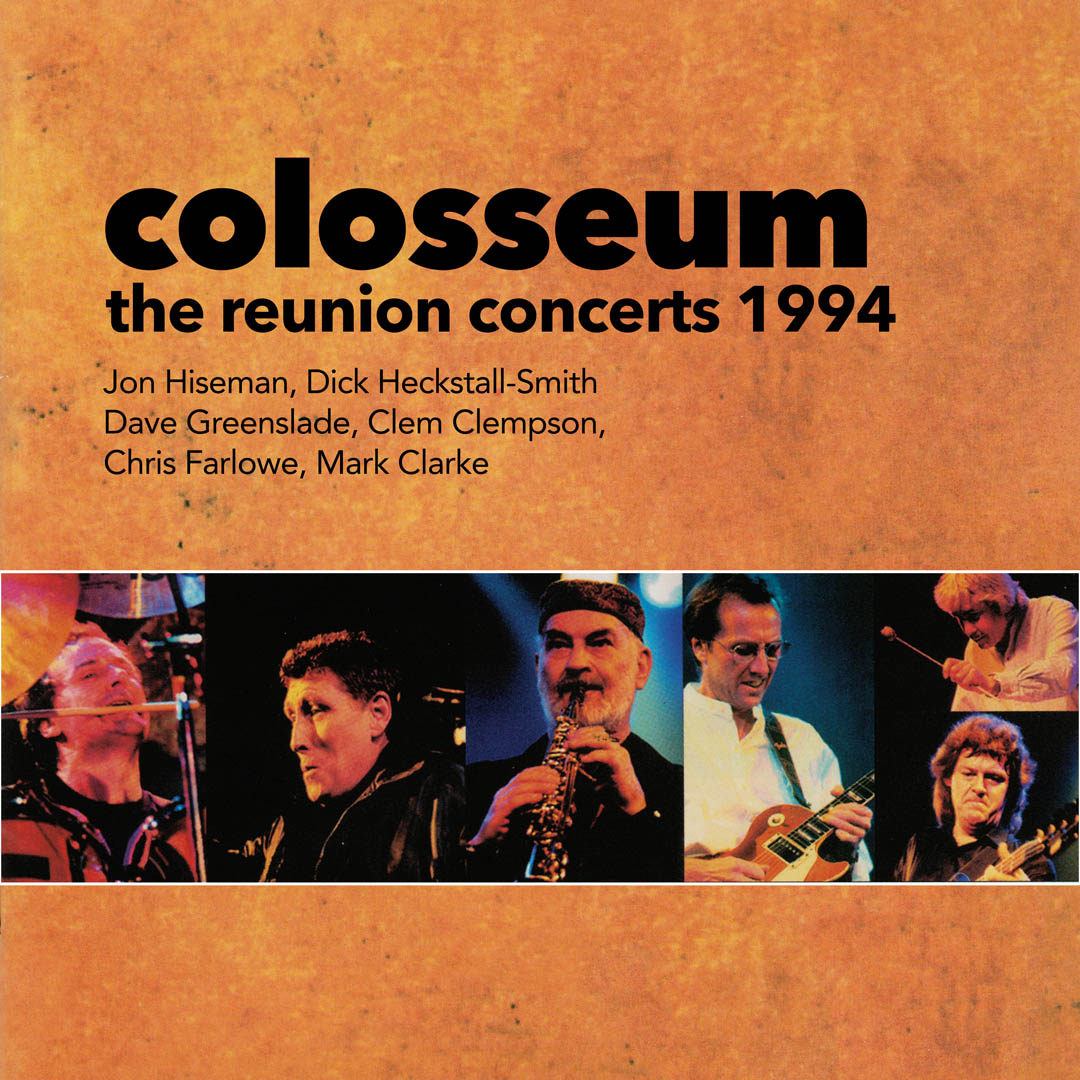 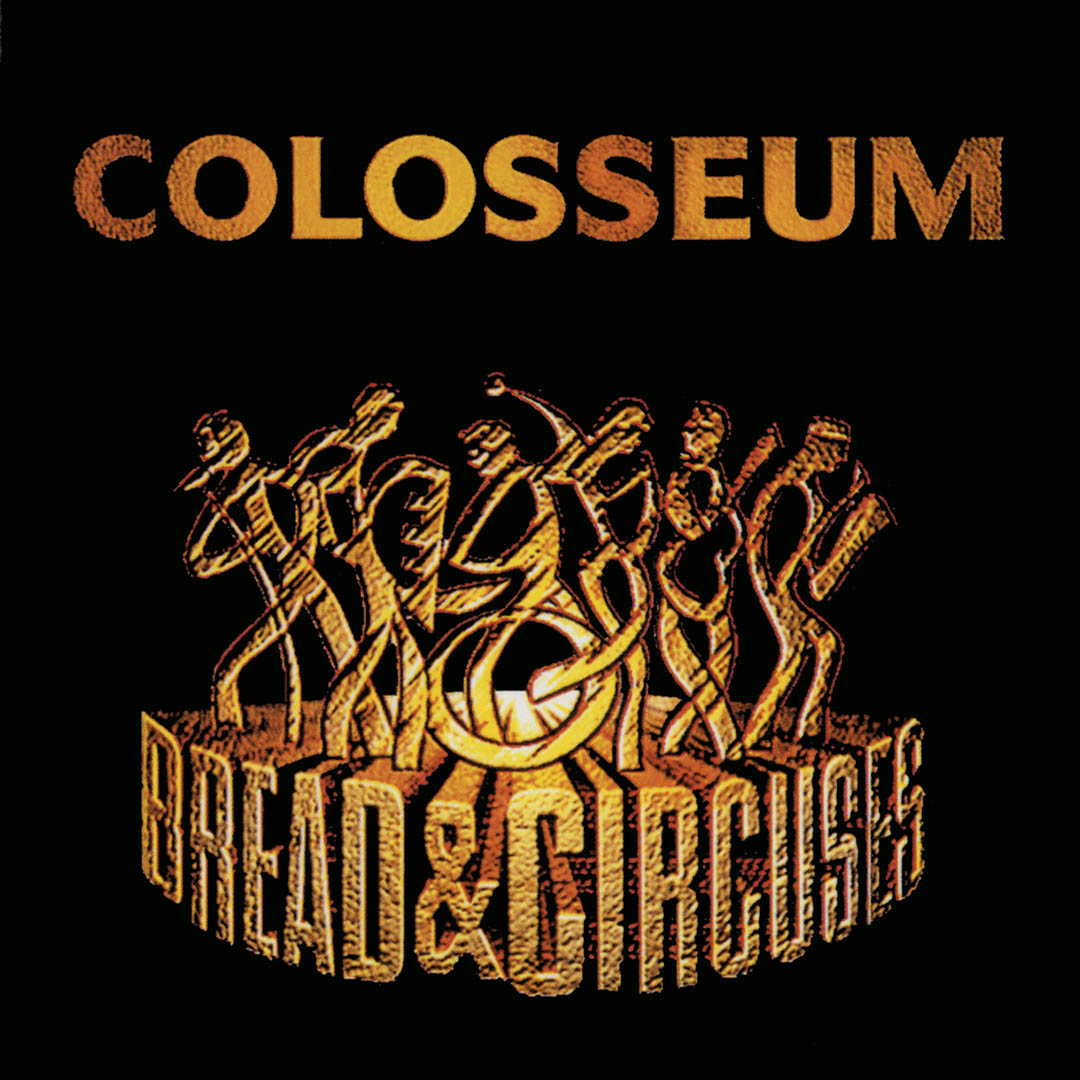 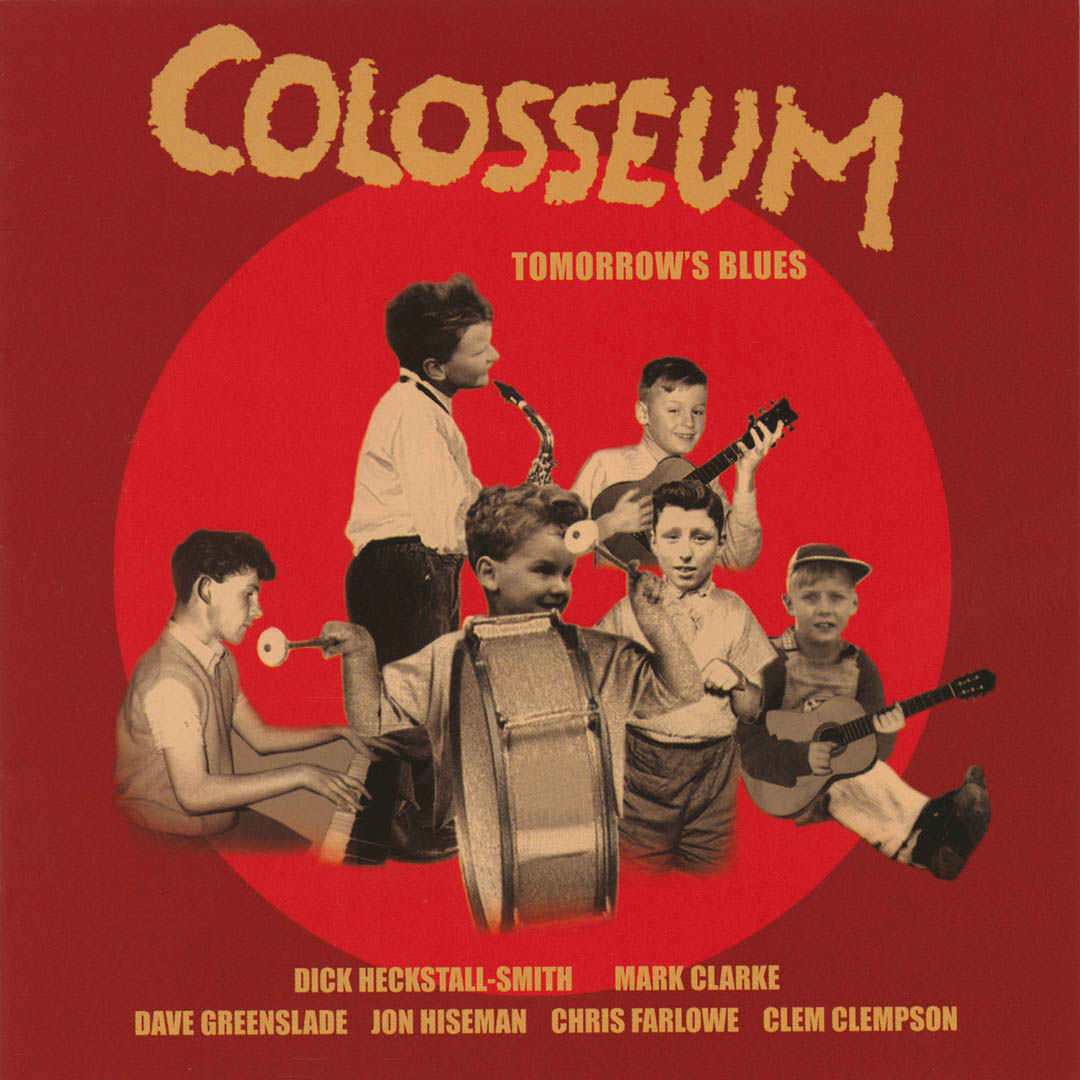 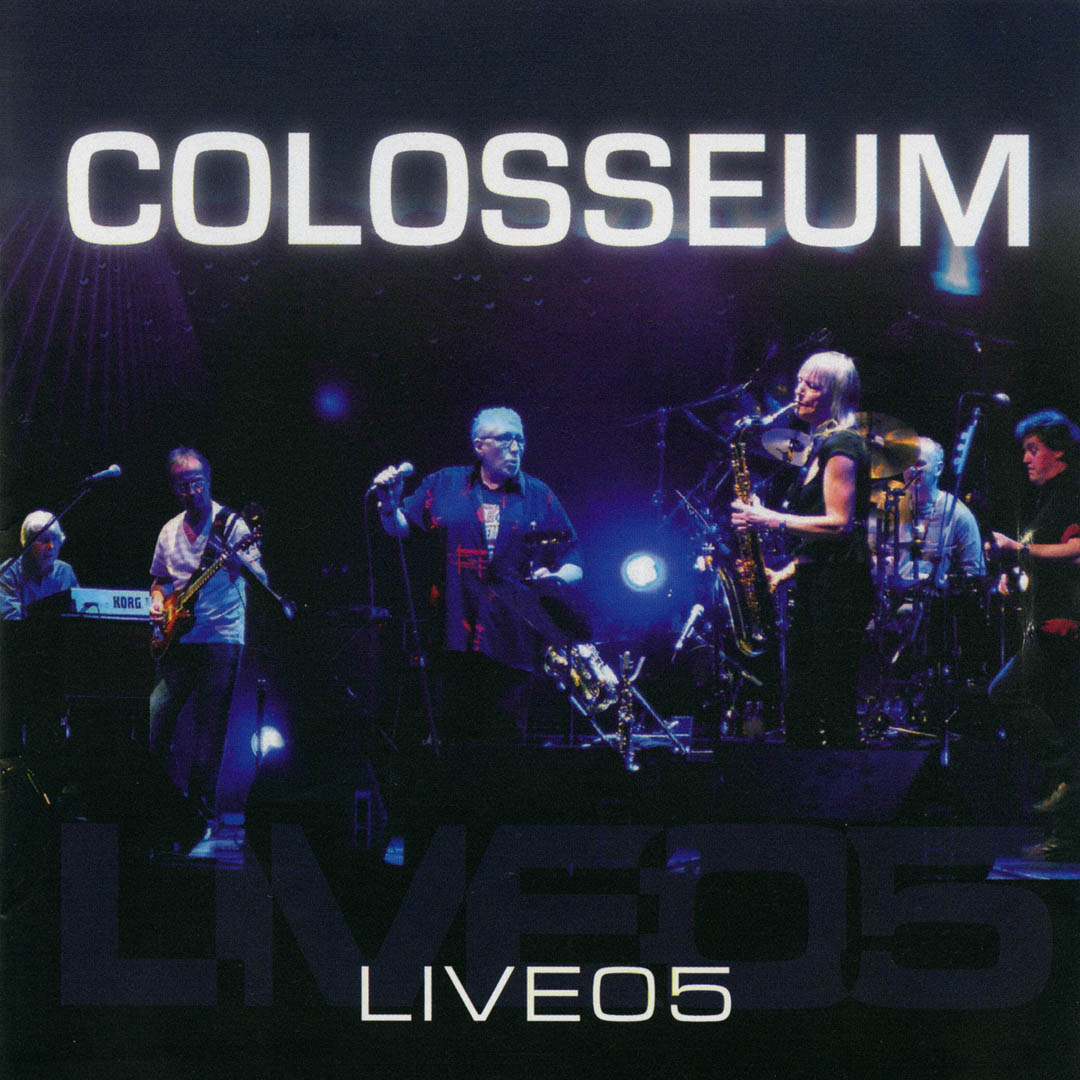 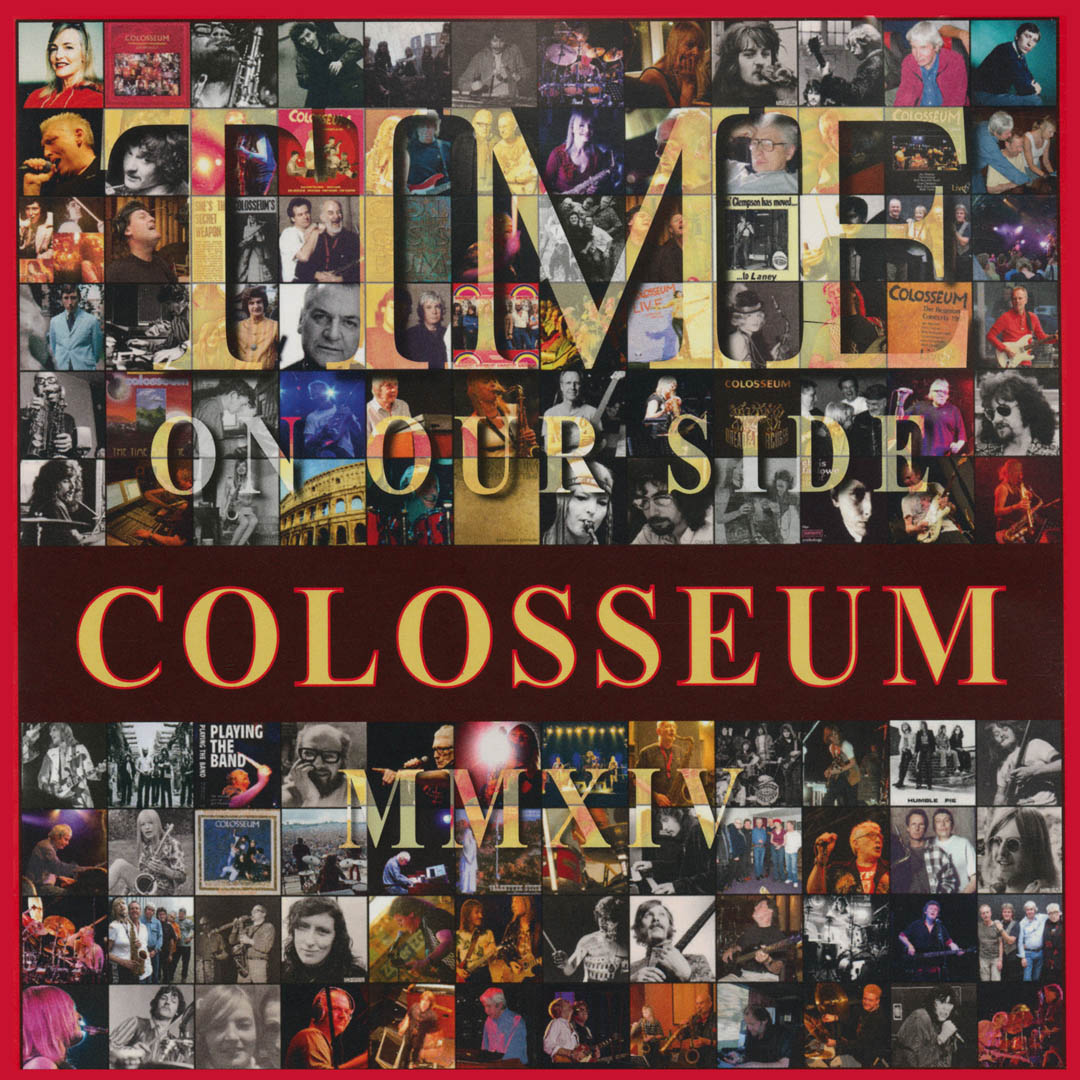